If you’re retired or close to retiring, then you’ve probably got nothing to worry about — your Social Security benefits will likely be paid to you in the amount you’ve planned on (at least that’s what most of the politicians say). But what about the rest of us?

Watching the news, listening to the radio, or reading the newspaper, you’ve probably come across story after story on the health of Social Security. And, depending on the actuarial assumptions used and the political slant, Social Security has been described as everything from a program in need of some adjustments to one in crisis requiring immediate, drastic reform.

Obviously, the underlying assumptions used can affect one’s perception of the solvency of Social Security, but it’s clear some action needs to be taken. However, even experts disagree on the best remedy. So let’s take a look at what we do know.

How much do today’s workers pay? Well, the first $137,700 (in 2020) of an individual’s annual wages is subject to a Social Security payroll tax, with half being paid by the employee and half by the employer (self-employed individuals pay all of it). Payroll taxes collected are put into the Social Security trust funds and invested in securities guaranteed by the federal government. The funds are then used to pay out current benefits.

The amount of your retirement benefit is based on your average earnings over your working career. Higher lifetime earnings result in higher benefits, so if you have some years of no earnings or low earnings, your benefit amount may be lower than if you had worked steadily.

Your age at the time you start receiving benefits also affects your benefit amount. Currently, the full retirement age is in the process of rising to 67 in two-month increments, as shown in the following chart:

What Is Your Full Retirement Age?

Note: If you were born on January 1 of any year, refer to the previous year to determine your full retirement age.

Even those on opposite sides of the political spectrum can agree that demographic factors are exacerbating Social Security’s problems — namely, the number of retirees is increasing and the birth rate is decreasing. This means that over time, fewer workers will have to support more retirees.

According to the SSA, Social Security is already paying out more money than it takes in. However, by drawing on the Social Security trust fund (OASI), the SSA estimates that Social Security should be able to pay 100% of scheduled benefits until fund reserves are depleted in 2034. Once the trust fund reserves are depleted, payroll tax revenue alone should still be sufficient to pay about 77% of scheduled benefits. This means that in 2034, if no changes are made, beneficiaries may receive a benefit that is about 23% less than expected. (Source: 2019 OASDI Trustees Report)

While no one can say for sure what will happen (and the political process is sure to be contentious), here are some solutions that have been proposed to help keep Social Security solvent for many years to come:

Progress on addressing Social Security’s financial challenges has been slow. However, the SSA continues to urge all parties to address the issue sooner rather than later, to allow for a gradual phasing in of any necessary changes.

Although debate will continue on this polarizing topic, there are no easy answers, and the final outcome for this decades-old program is still uncertain.

In the meantime, what can you do?

The financial outlook for Social Security depends on a number of demographic and economic assumptions that can change over time, so any action that might be taken and who might be affected are still unclear. But no matter what the future holds for Social Security, your financial future is still in your hands. Focus on saving as much for retirement as possible, and consider various income scenarios when planning for retirement.

It’s also important to understand your benefits, and what you can expect to receive from Social Security based on current law. You can find this information on your Social Security Statement, which you can access online at the Social Security website, ssa.gov by signing up for a my Social Security account. Your statement contains a detailed record of your earnings, as well as estimates of retirement, survivor, and disability benefits. If you’re not registered for an online account and are not yet receiving benefits, you’ll receive a statement in the mail every year, starting at age 60. 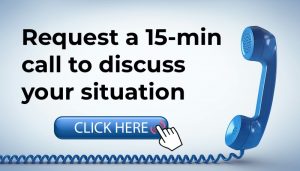 The Consumer’s Guide to Stress Testing Your Portfolio

Take the best plays from the ultra-wealthy’s financial playbook. 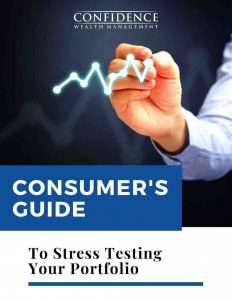 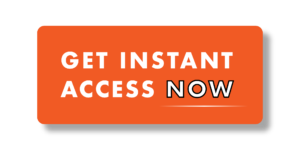