The National Bureau of Economic Research, or the NBER, announced on June 8, 2020, that February of that year marked the beginning of a recession.

The NBER defines a recession as “a decline in economic activity that lasts more than a few months.” Another common definition of a recession is two or more quarters of negative growth in gross domestic product or GDP for short.

After the NBER made this announcement, there was a lot of speculation about what the recovery would look like.

Economists traditionally view economic recessions and recoveries as having a shape, named after the letter they resemble. Here are the different so-called “shapes” of recoveries, what they look like, and what they mean. 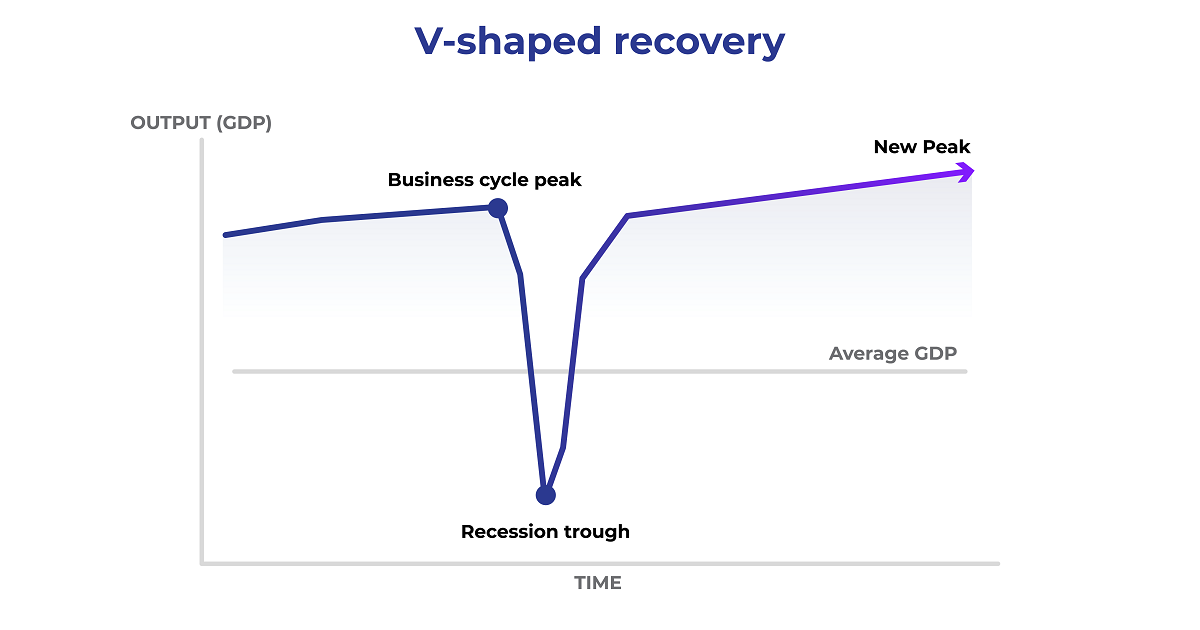 A V-shaped recovery features a rapid fall followed by a quick rebound to previous levels. This creates a shape like the letter “V.” This type of recovery assumed that society would get control of COVID-19 through testing and treatment, followed by a quick ramp-up of business activity, and a return to pre-recession habits. 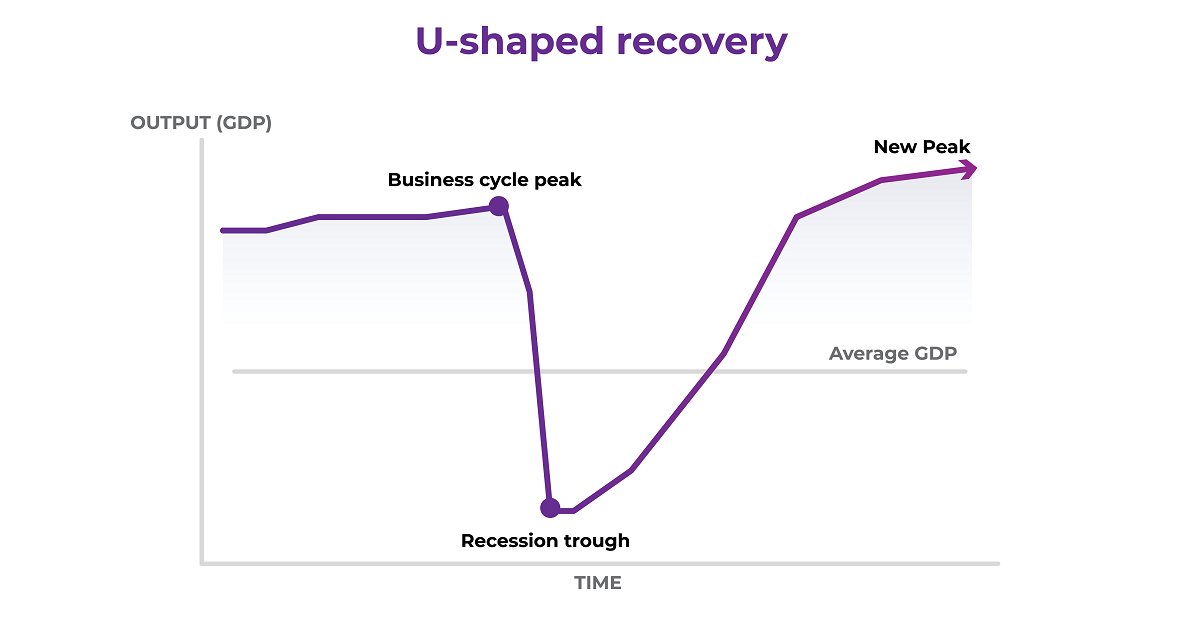 A U-shaped recovery features a longer recession before the economy slowly returns to previous levels, creating a drawn-out “V,” or “U” shape. This assumed that the virus would take longer to control and that the economy would recover much more slowly. 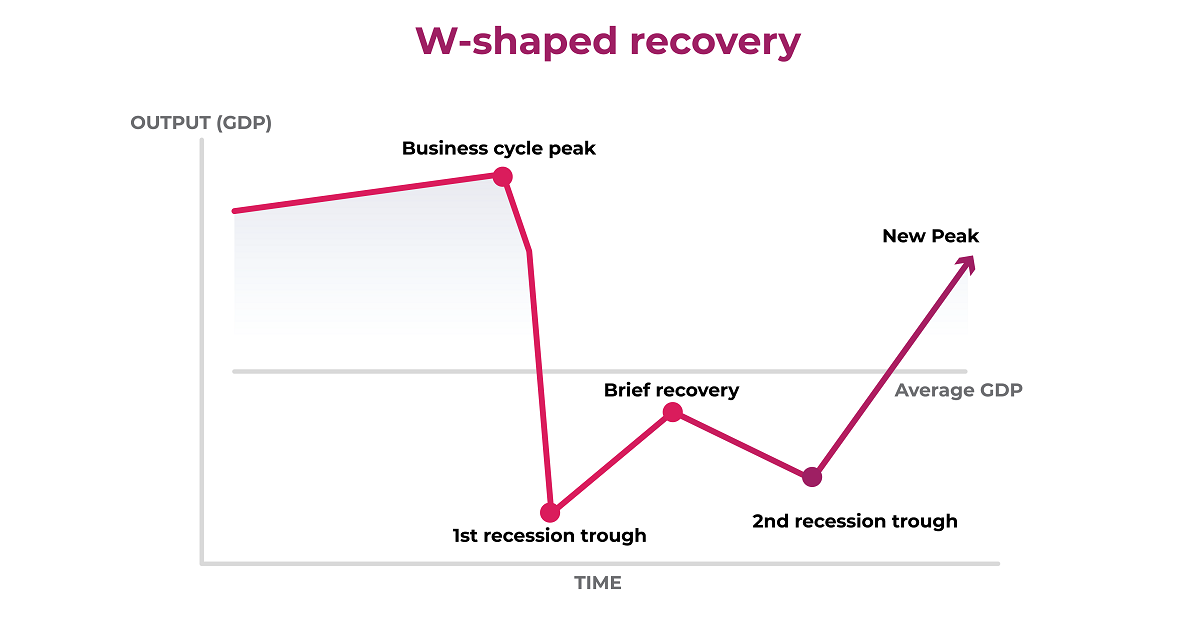 A W-shaped recovery is a “double-dip” recession in which a quick recovery begins but drops back sharply before beginning again. This type would occur if a second wave of COVID-19 forced businesses to shut down again later in the year. 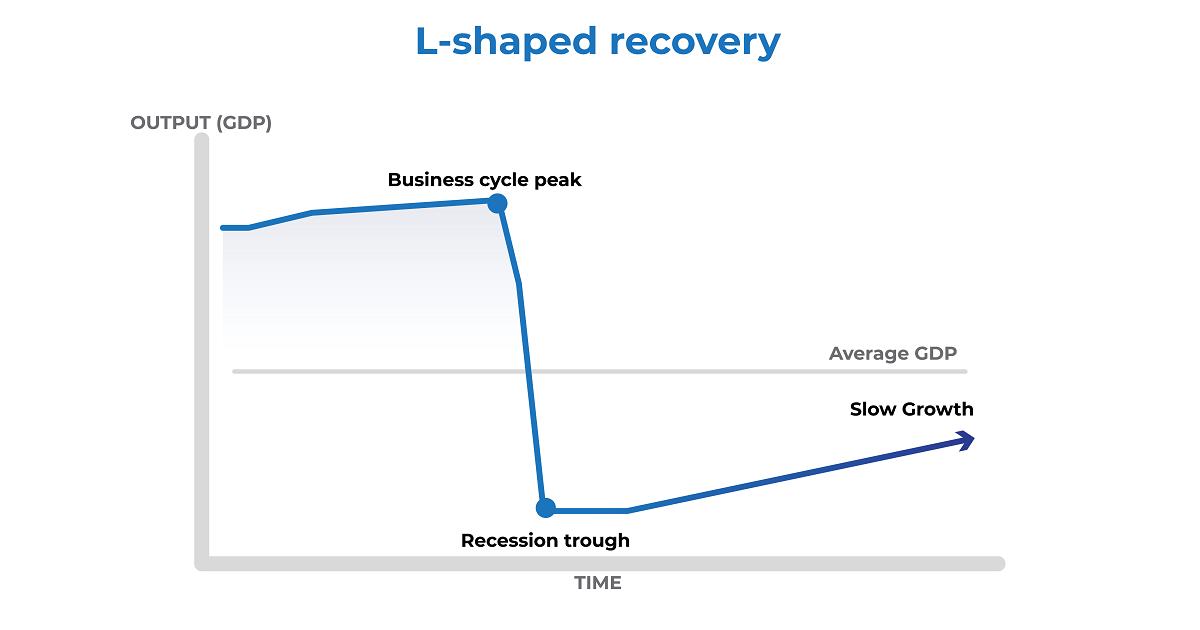 An L-shaped recovery features a steep drop followed by a long period of high unemployment and low economic output. This is the shape of depressions like the Great Depression.

Although the duration of a recession may not be able to be identified immediately, the economy will eventually recover, as it has in even more challenging situations. 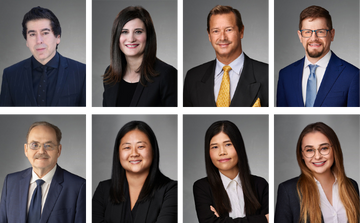 About Us
Meet the Team 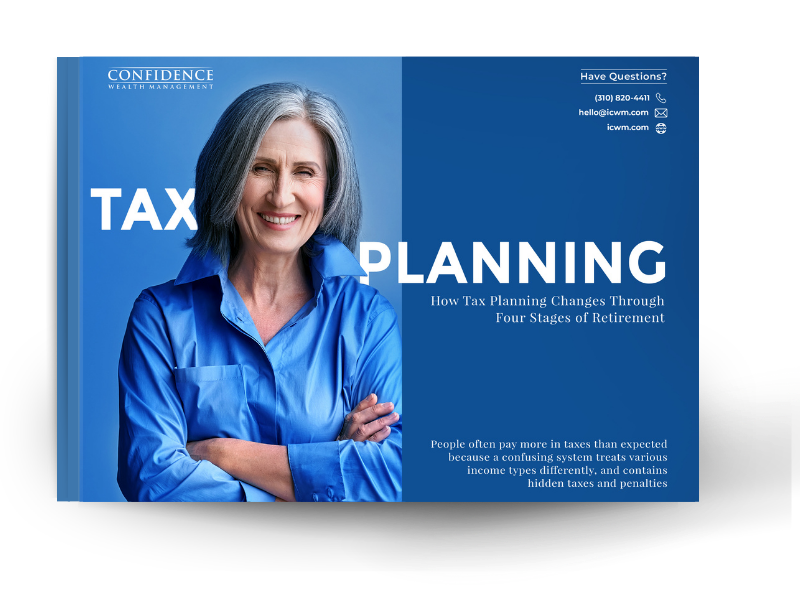 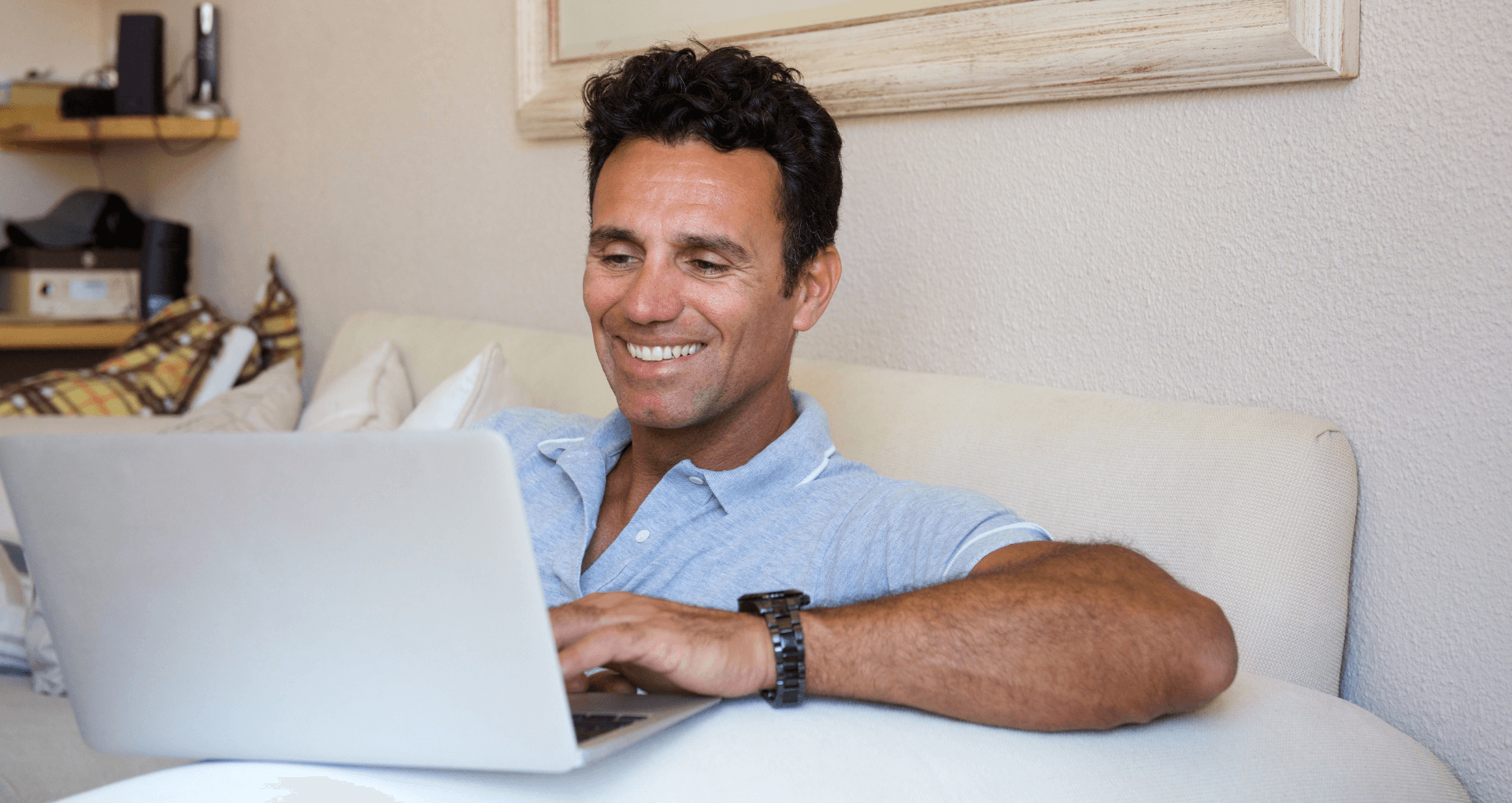 The Guide to Taxes and Your Retirement 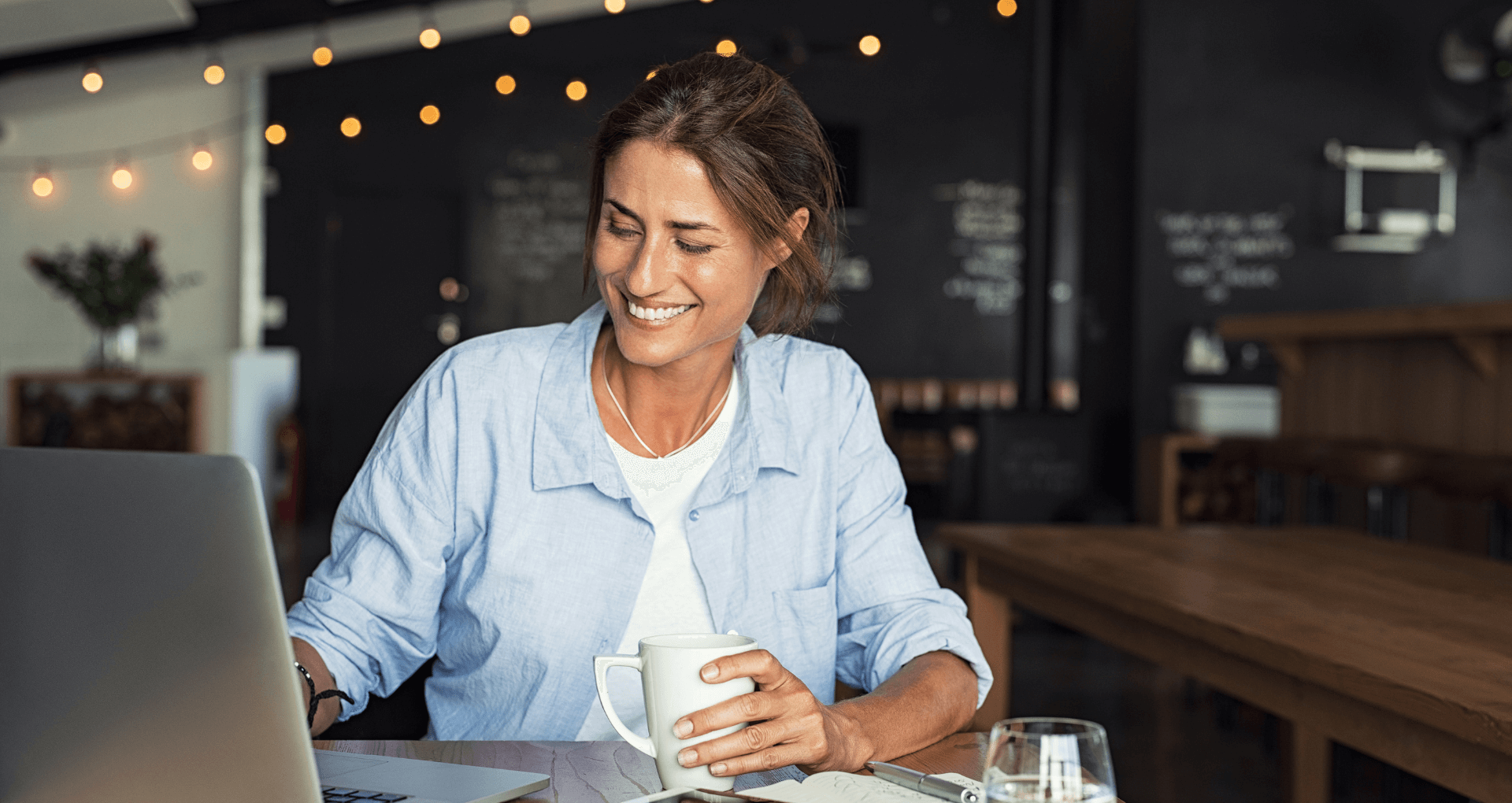 5 Keys to Investing for Retirement 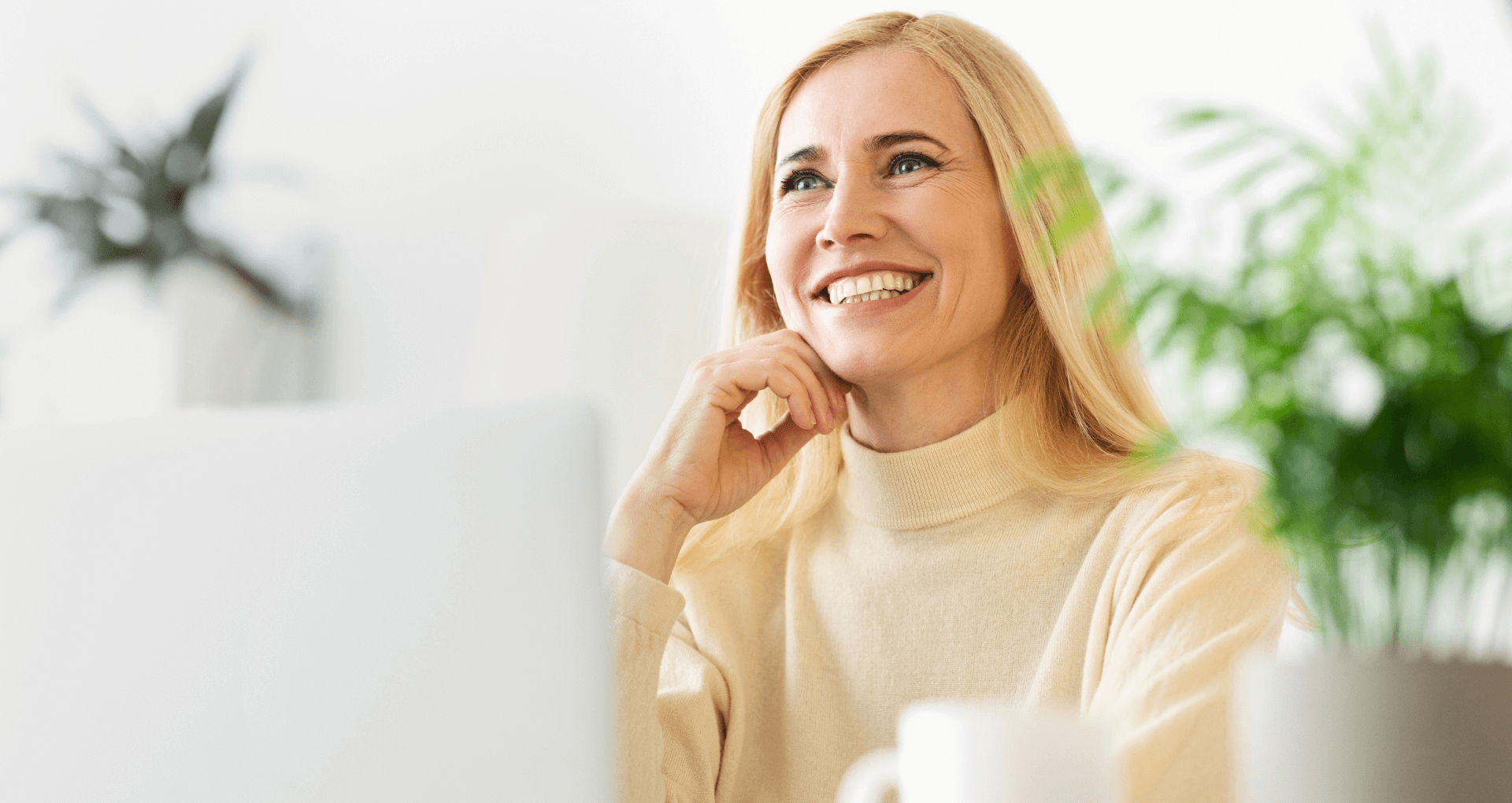 Deciding When to Retire: When Timing Becomes Critical 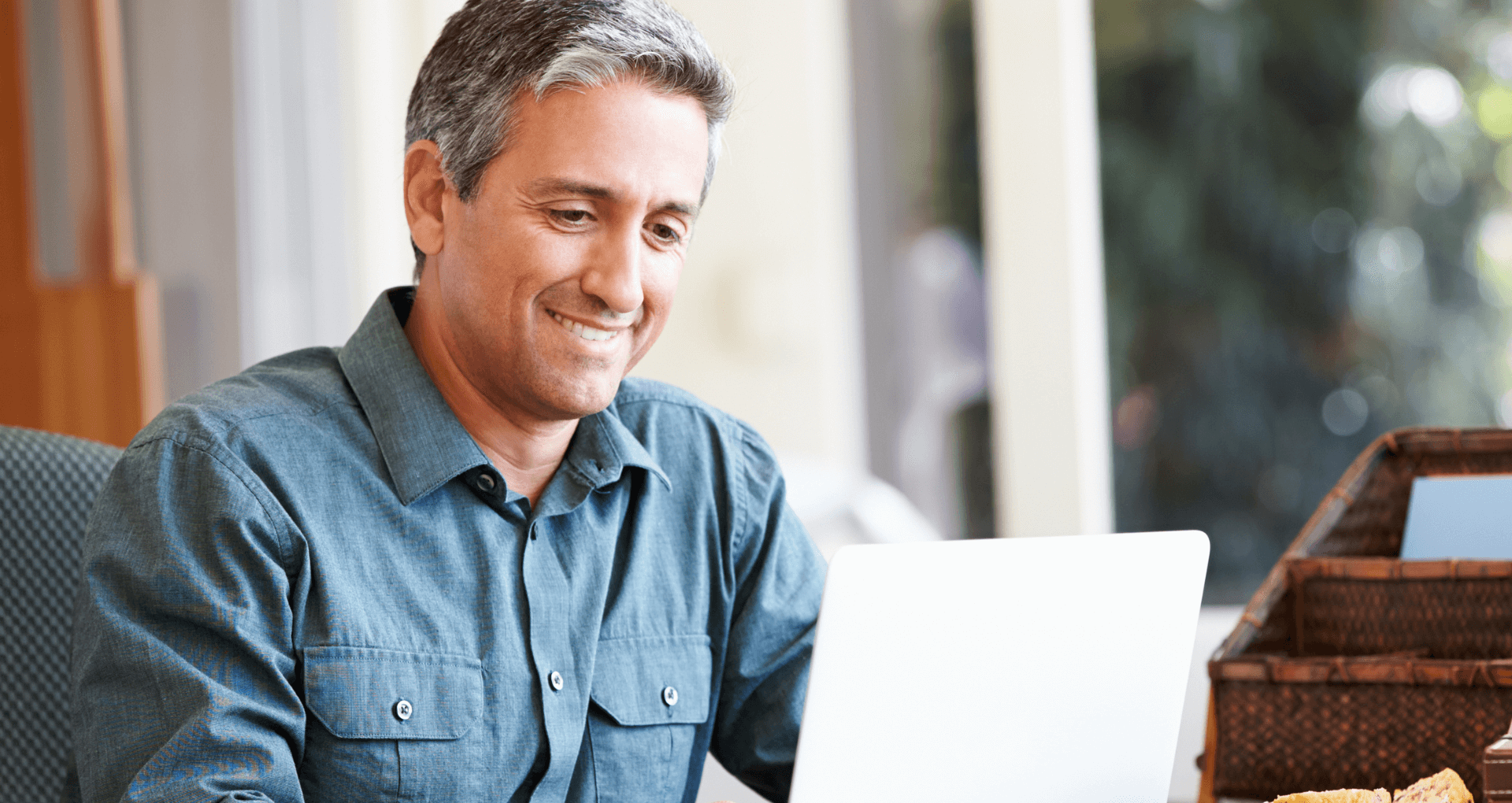 
Investment Advisory Services offered through Confidence Wealth Management LLC, an SEC registered investment adviser. Confidence Wealth Management LLC (CWM) and Confidence Wealth & Insurance Solutions LLC (CWIS) are two separate affiliated companies. All investment advisory services are provided by CWM. All insurance products and services are provided by CWIS. CWIS does not provide any investment advisory services. CWM does not sell any insurance products. For complete information regarding Confidence Wealth Management’s services and fees, please review our Form ADV Part 2A Disclosure Brochure, which can be found at adviserinfo.sec.gov or requested by calling us at (310) 824-1000. Information provided herein reflect Confidence Wealth Management’s views as of the creation date. Such views are subject to change without notice. Information provided herein is for informational purposes only and should not be considered investment advice or a recommendation to buy or sell any securities. No investment decision should be made based solely on any information provided herein. Confidence Wealth Management has not taken into account the investment objectives, financial situation or particular needs of any individual investor. There is a risk of loss from an investment in securities, including the risk of loss of principal. Different types of investments involve varying degrees of risk, and there can be no assurance that any specific investment will be proﬁtable or suitable for a particular investor’s financial situation or risk tolerance. Asset allocation and portfolio diversification cannot assure or guarantee better performance and cannot eliminate the risk of investment losses. Any forward looking statements or forecasts are based on assumptions and actual results are expected to vary from any such statements or forecasts. This is designed to provide general information on the subjects covered. Pursuant to its circular 230, it is not, however, intended to provide specific legal or tax advice and cannot be used to avoid tax penalties or to promote, market, or recommend any tax plan or arrangement. Please note that the information given does not give legal or tax advice. Should you have any tax or legal questions, you are encouraged to consult your tax advisor or attorney for any tax or legal matters. Not affiliated with the U.S. Government or any governmental agency.
1,2 Insider Intelligence  3 PWC 2021 Family Business Survey: US Findings

Confidence Wealth Management LLC (CWM) is an SEC registered investment adviser. Confidence Wealth & Insurance Solutions LLC (CWIS) is licensed under the NV Department of Insurance, license no. 3558680. CWM and CWIS are two separate affiliated companies. All investment advisory services are provided by CWM and all insurance products and services are provided by CWIS. CWIS does not provide any investment advisory services and CWM does not provide insurance services. CWM and CWIS have no affiliation with government, state, or local agencies. Consult with an attorney or CPA for usage of tax or legal concepts. This material may contain information that are close approximation to the totality of information available to us and not necessarily specific within regards to one situation or another. Some opinions and statements are informational. They are not investment advice as they may not be complete in terms of all details needed to affect an action you wish to undertake, investment strategy or plan. Pursuant to IRS Circular 230, the material is not intended to provide specific legal or tax advice and cannot be used to avoid tax penalties or to promote, market, or recommend any tax plan or arrangement. No estimates used are a promise of return. Also, many opinions are summaries and may not reflect all pertinent facts relevant to you. Any information given is to be considered general, and nothing said herein should be used as a basis for investment decision unless you consult with your Confidence Wealth advisor that can understand your unique situation and give you a customized solution with a complete disclosure. Past performance does not indicate future results. As you know, no one can predict the future. Thus, any forecast in this material is intended strictly as a possible future outlook and not a statement of fact as there could be any scenarios that are not in your favor when making a decision. You must examine all adverse and negative implications on any forecast when made. All information is based on the date of the material and may not be valid, may change, and/or may not be true any longer as time passes. Also, the Form ADV Part 2A for CWM contains detailed disclosures regarding our services and fees, along with applicable conflicts and how we address such conflicts. A copy of our Form ADV can be obtained by calling (310) 824-1000.